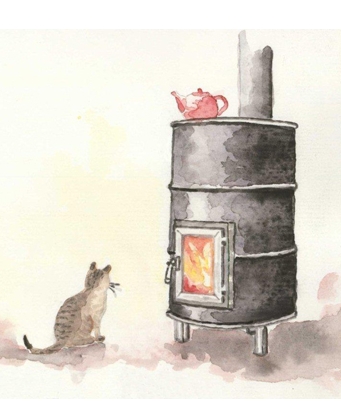 If you're looking for extensive information about the worldwide use of smokefree (and other) stoves have a look at BioEnergy Lists.

The Clean Cooking Alliance (under its former name Global Alliance for Clean Cookstoves) issued a handbook for biomass stoves in 2017. It is a good introduction for laymen and contains a collection of references to professional publications. They are also maintaining the Clean Cookstove Catalog, an overview of stoves, tests and fuels.

This publication from Practical Action gives more information on the stoves used in Nepal. Practical Action is a active worldwide in various projects incluing the introduction of  "Improved Cooking Stoves" in Nepal.

Household Energy Network (HEDON) is a worldwide platform for players in the field of clean, energy-efficient cooking.

There are often many solutions to a problem:

Rural Integrated Development Services Nepal (RIDS-Nepal) is a Non Governmental Organisation (NGO), which has the aim of improving the living conditions of residents of rural Nepal.  RIDS is mainly active in Humla in the northwest of Nepal.

Philips developed an alternative concept for simple, value-for-money cookers from preformed components.  It's planned for introduction in India.

Solar energy is an obvious choice considering the geographic position of Nepal. Solar Power Nepal pushes the use of solar cookers in Nepal.

Researchers from the University of Nottingham developed a concept which combines cooking with electricity production in a single unit in the SCORE-project. New here is the acoustic electricity generator.

Other links which could be of interest

Even in Germany cooking on open fires indoors was common not too long ago.  The Museum of Forests and Ecology Museum Wald und Umwelt in Ebersberg near Munich shows how things looked like in those days.