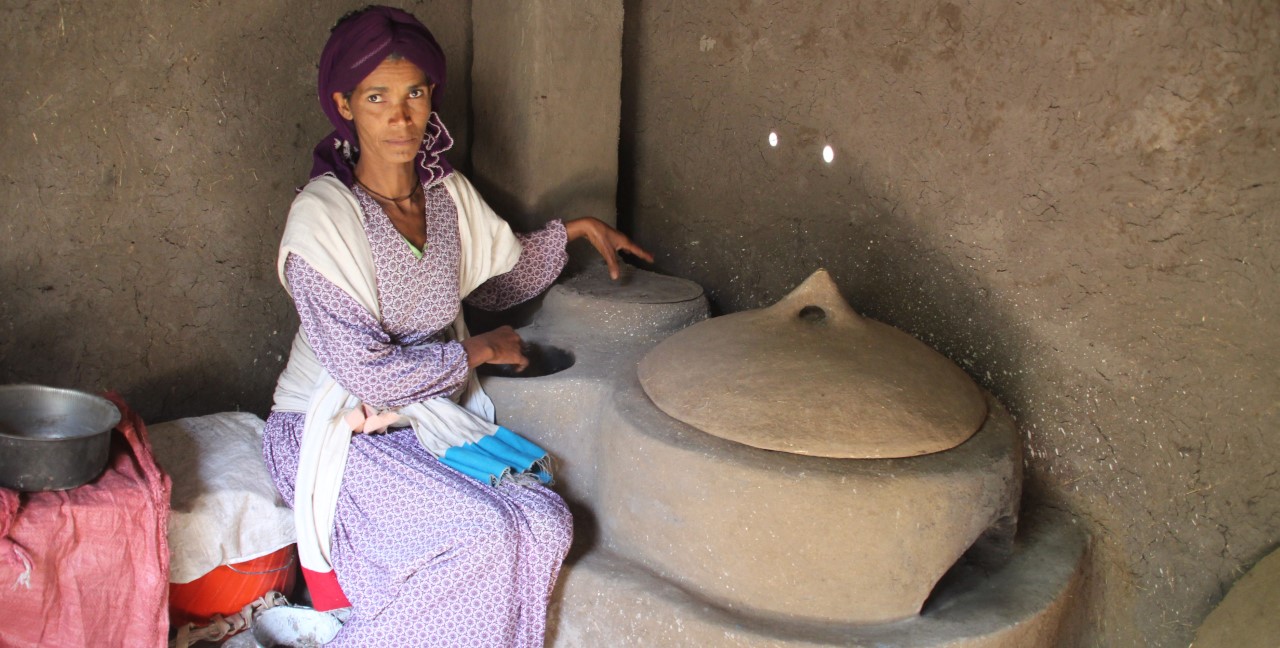 The Long Road to Success

History of a stove development

In Ethiopia we were confronted with cooking habits that made it necessary to construct a new type of oven. In the north of the country, the main food is injera, a flatbread. It is prepared on a clay plate about 65 cm in diameter, the so-called met'ad. A sourdough, usually made from the endemic grain teff, is spread thinly on the Met'ad by the women with great skill and cooks under a lid for a few minutes (see picture).

A lot of heat is required for the preparation, which is why most of the wood consumption of a rural family can be attributed to the preparation of injera (2-3 times a week). For an Injera to be a success, it is important that the heat is distributed as evenly as possible on the plate and that the plate is exactly level.

These were the insights that we (Katharina and Frank) brought back from our first exploration in 2013 in Ethiopia and that we passed on to Christoph Ruopp, stove fitter from Wain in Swabia. 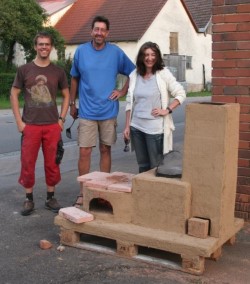 That same summer, Christoph made the first prototype in his workshop. We demonstrated functionality by making pancakes for dinner. In addition to injera, vegetables or bean porridge (wot) should also be able to be prepared on the stove. We wanted to meet this requirement by having a second Met'ad with a hole in the middle and then alternating it with a "normal" plate.

There is no fireplace under the pot visible in the picture. It is heated only by the flue gases passing by on their way to the fireplace and can be used to keep food warm or to provide hot water alongside cooking. 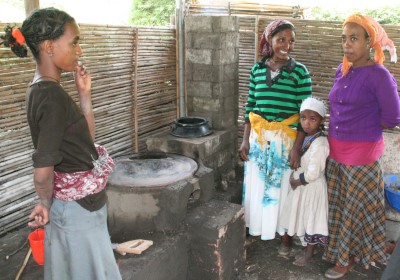 Discussions at the first prototype in Ethiopia

With these ideas in our luggage, we (Christoph, Katharina and Frank) traveled to Alem Ketema in autumn 2013, set up the first oven and presented it to the women. The idea of putting a hole in a Met'ad was not well received. The plate is a prized object of value, and the idea of perforating it obviously made the women uncomfortable.

In addition, they said, it is not practical to change the plate regularly. The risk of damaging them is too great. After all, the exact level alignment of the plate is complex and cannot be repeated every two to three days.

Discussions at the next prototype

So we had to rethink the design in significant parts. Since the Met'ad was to be installed in a fixed location, we had to plan for a second fireplace for the preparation of wot and vegetables. Because of the space available, we routed the exhaust from the Wot fireplace under a second pot to a third and then up the chimney. We routed the exhaust air from the Injera cooking area directly under the third pot and then to the chimney.

The stove could now be used very variably and you could prepare several dishes at the same time and also produce warm water at the same time. However, it was now significantly larger and, above all, more complicated to build. At the demonstration, we received approval from everyone present and then agreed to set up the first stoves for long-term testing in some households.

It was on this occasion that the oven got its name. It was named after Christoph, its creator. In Amharic, this name is pronounced Christos. Since this is the second version, "Christos 2" results.

In the days that followed, Dessalegn, the coordinator of the Alem Ketema-Vaterstetten partnership and Abebaw, who had served as our interpreter, received the first stoves. We built a third stove in a traditional tukul, and a fourth was made in a restaurant and was supposed to withstand intensive use there. 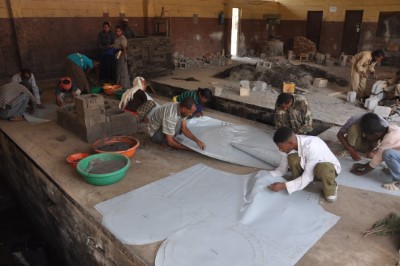 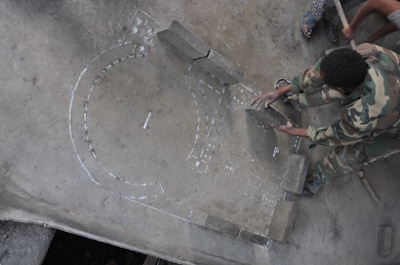 The feedback from Alem Ketema over the next few months was positive: the stoves were being used and working to the satisfaction of their owners. So in spring 2014 we started the first training course for stove builders in Ethiopia.

Christoph Ruopp and Marius Dislich were responsible for the practical part of the training. To make it easier for the twenty students to deal with the complexity of the stove, they had brought along sturdy templates made from truck tarpaulin, which were used to mark the arrangement of the bricks on the floor. This also determined the dimensions of the furnace and ensured reproducibility.

Katharina and Frank took care of the theoretical part (technology, health, safety, etc.). The training was rounded off by Rita Klemmayer and Luc Maystadt, who prepared the students for their work as small entrepreneurs with lessons and exercises.

In order to make the stove known to the population and to advertise it, the students set up a copy at the weekly market in Alem Ketema. They rehearsed a play that they performed at the Saturday market, which brings together city dwellers and rural residents from the surrounding villages. In the course of this campaign, the order books filled up. So when we left after a month, all the prerequisites for a successful start of the project were in place - we thought. 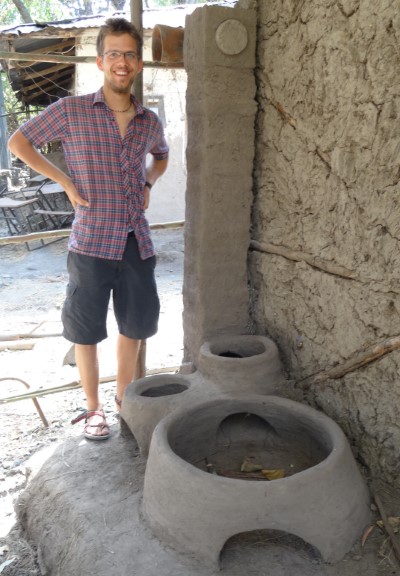 After the first successes, the number of stoves built each month in Alem Ketema steadily decreased. It turned out that the complex construction takes the stove builders too much time and many gave up this job because it wasn't worth it for them.

At the suggestion of Marius Dislich, we threw out the concept of the brick-based stove and switched to a free-form version: the combustion chamber for the Met'ad is built up by hand in pottery-style after the circumference of the slab has been drawn on the floor. The seats for the two pots are each pulled up around a bucket that is pulled out at the end. Only the chimney is made of bricks. Youtube video: construction of a Chigir Fechi.

With this construction, Christoph went to Alem Ketema and trained the first stove builders. It turned out that, contrary to our expectations, they were excellent at handling the clay and effortlessly producing an evenly round, smooth combustion chamber. In this way a furnace can be built in a fraction of the time it would take for Christos 2. The new type of oven was given the name Chigir Fechi (problem solver).

In the same year, Christoph provided proof of efficiency in the laboratories of the Society for International Cooperation (GIZ) in Addis Ababa (test report) and we received approval for the stove from the Ministry of water. irrigation and energy (document of admission by the ministry).

After many learning steps, we had finally developed a suitable and economically producible stove for the rural population in Ethiopia.