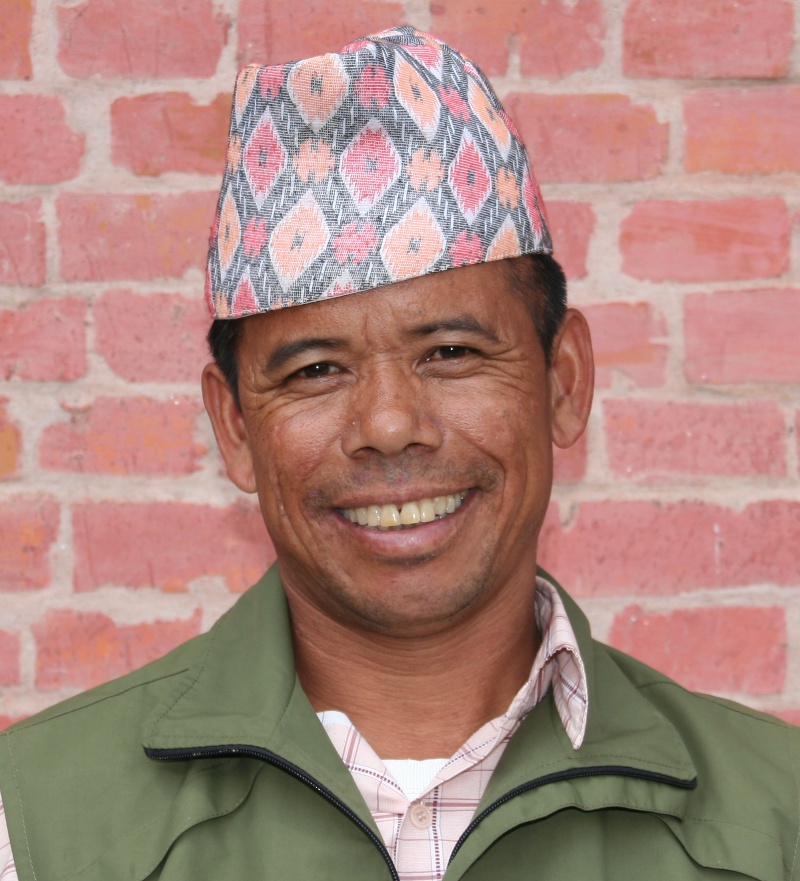 Born 1964, married, Buddhist, three children (two sons and a daughter). Lives in Naldum, in the district of Kavre-Palanchok, near Nagarkot.

Bel Bahadur was trained how to build smokefree stoves in 2003. In the meantime he has built ca. 3000 stoves and is a recognized expert. He has attended many additional trainings and has official authorization to build stoves throughout the country. Together with an engineer he gives practical trainings for engineering students at the university of Dhulikhel. The universtiy is developing new forms for stoves. For example they developed a large stove for barracks and large kitchens. Bel Bahadur built such a stove for the police station in Sankhu.

As part of his job Bel Bahadur must often walk for days, live in the simplest huts and cannot afford to be choosey about his food which is always provided by the families which he helps. He says that the greatest payment for his work is the happiness of the housewives when they realize how well their new cookers work and which advantages they bring.